Russia’s most famous novelist of the 20th century and Nobel Prize winner, Alexander Solzhenitsyn, waged a titanic struggle over many years against the might of the Soviet government, and despite being expelled from his country in 1974, played a notable role in the overthrow of the Soviet government (and the collapse of the Soviet system) with his epic exposure of Stalin’s labor camps, The Gulag Archipelago.

This, the first full biography of this towering figure, revealed for the first time the difficult path that Solzhenitsyn had trodden to reach his eminence. Left fatherless in the midst of the Russian civil war that accompanied the October Revolution, Solzhenitsyn shone at school and university by dint of hard work and diligent study, and was employed as a schoolteacher before enlisting in the army upon the outbreak of World War II. A believer in communism’s ideals, he found his life shattered when an indiscreet letter was intercepted by the military censor and he was sentenced to eight years in the gulag. He survived, partly from luck and partly as a result of his stamina and strong will to endure, and lived to realize after his release his youthful dream of becoming a major novelist and influential voice for change.

Solzhenitsyn’s novels, short stories and nonfictional polemical works are all given their due, and this biography makes the case that Solzhenitsyn’s achievements and ultimate success would not have been possible without his extraordinary literary talent. Equal attention is given to the complex historical and cultural background against which Solzhenitsyn’s life and work emerged as emblematic of the history of twentieth century Russia and made him the most famous Russian of his age.

Much of the material in the book is based on interviews with Solzhenitsyn and his family and on confidential documents, and was completely new at the time of publication; and although the book ends in 1982, when Solzhenitsyn was still living in Vermont, Solzhenitsyn, A Biography, is still recognized as an indispensable source for those who wish to gain an understanding of this extraordinary author.

“‘Solzhenitsyn’ is an entralling book. Its chief aim is to set the record straight, as far as possible, to sort out the facts from the myths and countermyths… but the story loses none of its power in the process, and the scholarly sifting and disentangling only add to its fascination.”

“Michael Scammell has given us a comprehensive picture of the man. He displays exemplary industry and tact in winkling out the facts of his life, and he shows balanced judgment in assessing obscure incidents and controversial opinions…. This superb biography will certainly be the standard account of the most remarkable literary life story of our time.”

“Michael Scammell’s… enviably clear grasp of the complex Soviet scene, masterly control over a huge range of sources and majestic narrative sweep combine to make this one of the most memorable works of its kind…. He is certainly fortunate in having chosen as his subject matter what is arguably the most colourful literary career of all time. But equally it is no exaggeration to say that Solzhenitsyn has been fortunate in finding a biographer as sensitive, painstaking and level-headed as Michael Scammell.”

“Scammell’s Solzhenitsyn, a Biography… is a wonderful book, and not the least wondrous of its qualities is that despite its daunting length it makes a serious encounter with Solzhenitsyn easier rather than harder to undertake.... This is a book written out of the deepest respect for its subject, and it can be said of Scammell that as a biographer he does what Matthew Arnold enjoined the critic to do in dealing with a literary work: “To see the object as in itself it really is.” Finally, Scammell is himself so good a writer that his book is a pleasure to read. His prose is lucid and elegant; his scholarship is scrupulous, well-digested, and lightly carried; and his narrative pace is steady and sure.”

“Hats off to Michael Scammell…. Solzhenitsyn — no faint-heart himself — has been fortunate to acquire a biographer who possesses qualities of tenacity and thoroughness similar to his own…. Scammell has achieved a sustained piece of very skillful writing…. To attain that level of unstrained readability, combined with the lucid exposition of a mass of often complex factual material, demands a kind of literary virtuosity that rarely gets its due recognition.”

“[This] is a fascinating, awe-inspiring book told with a storyteller’s narrative flair and a scholar’s meticulous attention to detail. [It] has all the heft and texture of an old-fashioned Russian novel… [and] is engagingly readable [and] thorough without ever being plodding. Solzhenitsyn, a Biography is eloquent testimony worthy of the many-sided man.”

“Cold horror I have not felt through the written word for some time, but I did here…. Passion, intrigue, patriotism, hatred, betrayal — a full portion is here. This is an epic story… the biography of 1984…. Scammell not only brings scenes to life with the touch of his brush, the right quotation or scrap of dialogue, he also keeps things the right size. This is a long and full biography of an astounding life, but exaggeration never mars its scope, never tires us. The story has been set down with compassion yet with decorum. Strong readers will treasure its honesty and abundance.”

“I violently disagree with Scammell’s harsh judgments on Solzhenitsyn’s more recent articulations but it is a measure of Scammell’s integrity and literary skill that I must admit his uncompromising fairness, sophistication and wisdom in analyzing and judging the literary and political activities of the 20th century’s most symbolic figure. Scammell’s Solzhenitsyn is never less than a believable, heroic, flawed and, above all, irrevocably human being. What a man. What a life. What a book!”

“Michael Scammell has done his job well. Never in this long book is there a point where the reader should want to put it down…. From beginning to end the story has been deftly constructed. Narrative analysis, description and speculation flow into one another painlessly and with the minimum of frontier procedures. To attain such momentum and write so vast a chunk of prose with the minimum of stylistic infelicity deserves high praise.”

“Scammell’s comprehensive, elegant biography… incorporates an unheard-of week of interviews with Solzhenitsyn, intelligently filters in massive amounts of material from his body of work… and is a model of biographical integrity.”

“It is inevitable that any biography of Solzhenitsyn is likely to arouse controversy, and Michael Scammell’s weighty examination of the master’s life and work is clearly no exception to that rule. It is also apparent from the opening chapter onwards that this is a major achievement, cool, deeply serious, and immensely detailed.”

“This monumental biography… is the most objective account yet of the personal dramas, historical events and intellectual controversies surrounding Solzhenitsyn…. [It] is much more than a survey of one exceptional life. It is a history of Soviet society both as a political reality and as a moral environment that influences the view of a large part of contemporary humanity.”

Scammell… treats [Solzhenitsyn] as a great, but mortal, man…. He spares us intrusive comment and allows the facts to speak for themselves…. Scammell has produced the best guide so far to this tragic figure and the somber world his books have thrust upon us.”

“Despite its massive size, Michael Scammell’s biography of the Russian novelist Alexander Solzhenitsyn turned out to be a magnificent piece of work.”

“How hard it is to believe that a biography of Alexander Solzhenitsyn can make you feel good, practically as if you had been browsing about in the summer afternoon world of P.G. Wodehouse, rather than slogging through Siberian slave camps in Stalin’s Russia, with time off in the cancer ward for good behaviour…. Actually, reading this… biography you begin to see how realistic a black comedy like Catch-22 is.” 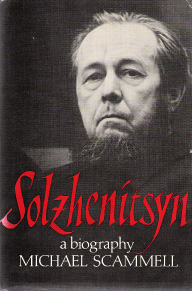 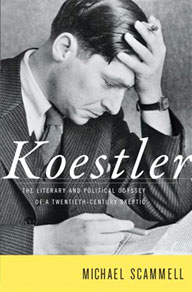 “An amazing compilation of once top-secret Soviet government documents… This newsworthy Book reveals the Soviet leadership as complacent, inept and out of touch with the masses.”
–Publishers Weekly

From Under The Rubble

“A far reaching meditation on the human condition. I return to it again and again.”
–John W. Sewell

“An important contribution to the vast and continuing labor of correcting the distorted image of Soviet literature created by fifty years of suppression.”
–Max Hayward