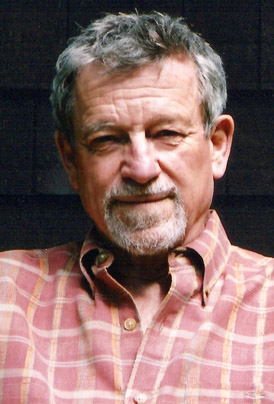 Michael Scammell’s latest book is the authorized biography of Arthur Koestler, Koestler: The Literary and Political Odyssey of a Twentieth Century Skeptic, published in the USA in December 2009 by Random House and in the UK in February 2010 by Faber and Faber under the title, Koestler: The Indispensable Intellectual. Koestler was widely acclaimed by critics on both sides of the Atlantic as a major literary biography.

Michael Scammell’s earlier biography, Solzhenitsyn, A Biography, published by Norton in the USA in 1984 and by Hutchinson in the UK in 1985, was also a critical success and won the Los Angeles Times Book Prize for biography and English PEN’s Silver PEN Award for nonfiction. He is the editor of Russia’s Other Writers (Praeger, 1971), Unofficial Art from the Soviet Union (Secker and Warburg, 1977), and The Solzhenitsyn Files (edition q, 1995).

Scammell has translated numerous books from Russian, including Crime and Punishment by Fyodor Dostoyevsky, Childhood, Boyhood and Youth by Lev Tolstoy, and memoirs by Soviet dissidents Anatoly Marchenko and Vladimir Bukovsky. He collaborated with Vladimir Nabokov in translating two of the latter’s novels, The Gift and The Defense, and has translated short stories and poetry from Serbo-Croatian and Slovenian, notably Nothing Is Lost, a book of selected poems by the Slovenian poet, Edvard Kocbek (Princeton University Press, 2004).

Scammell has regularly contributed articles and criticism to the New York Review of Books, The New York Times Book Review, The Los Angeles Times Book Review, Harper’s, The New Republic, The Times Literary Supplement, The Observer, The Guardian, and other publications, and currently teaches nonfiction writing and translation at Columbia University.